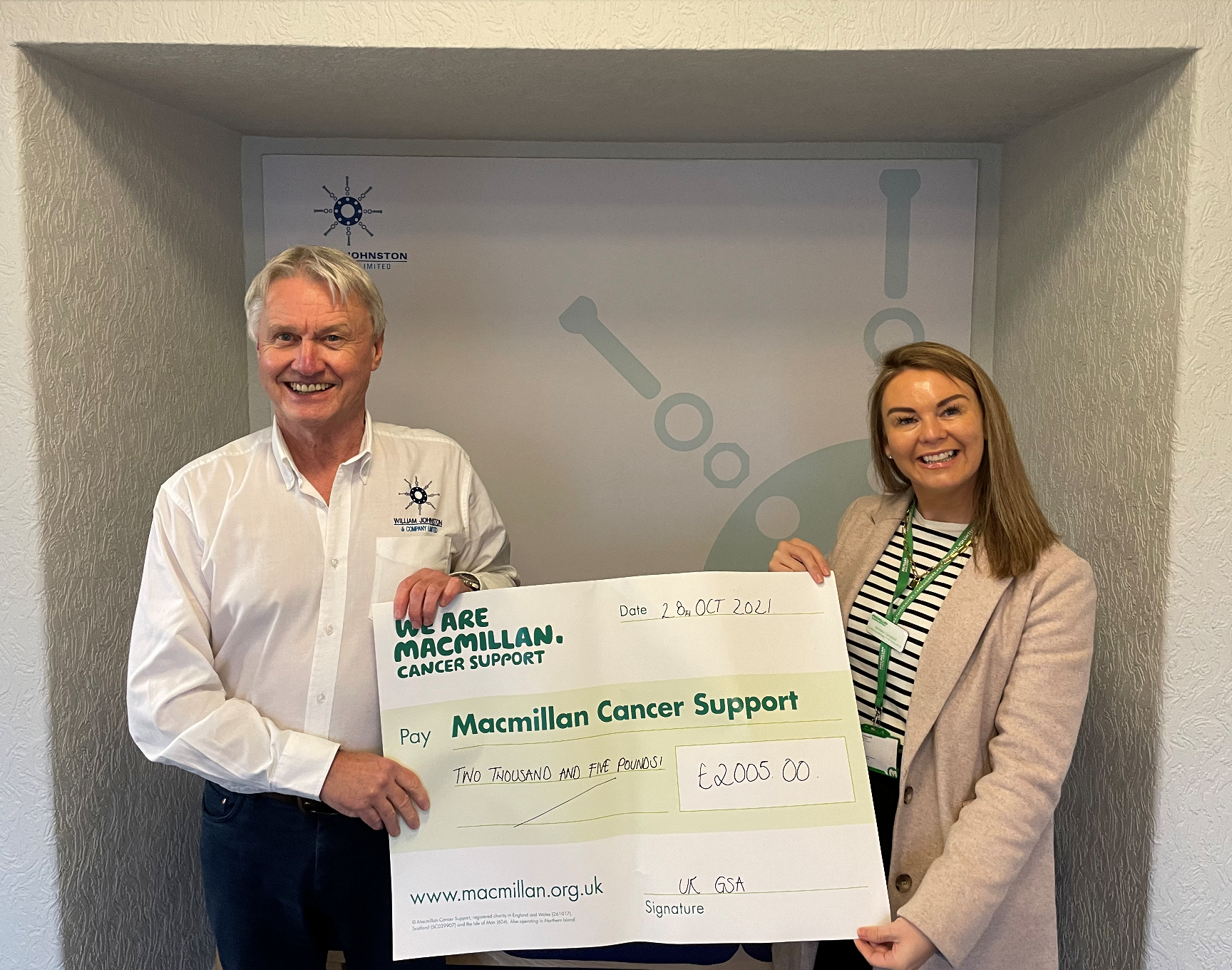 William Johnston & Company Limited, founding-members of the UK Gasket & Sealing Association were delighted to pass to MacMillan Cancer Support a cheque for the £2005  raised by UKGSA members at their annual golf day and dinner near Telford In September. Sandy McEwen, vice-chairman of the UKGSA is pictured with Michelle Campbell,  Macmillan’s fundraising manager for the West of Scotland. During these unprecedented times it is a true measure of the calibre of the members of the UKGSA who have worked hard to sustain their continued support for the work of such a deserving charity. Fundraising activities included a Beat the Pro shot on the golf course and in the evening, there was an interactive Heads & Tails game to win a weekend away at the Hotel Anacapri by Gully Beach, Falmouth in Cornwall (kindly donated by the Hotel Anacapri), followed by a raffle with an array of prizes donated by members. The evening closed with an impromptu auction of two hospitality tickets for Manchester United Football Club